Take one writer from X2 and mix well with producer Bryan Singer. Sprinkle with impressive cast from the likes of True Blood, Battlestar Galactica and Manhunter. Inject a wicked sense of humor and classic horror. Bake for 2 years. Result: Trick ‘r Treat.

For the uninitiated, Michael Dougherty made an animated short back in 1997 called Season’s Greetings, which featured a burlap sack-headed trickster named Sam, but more on that later. The writer made a name for himself years later, with his contributions to the screenplay for Bryan Singer’s dramatic, superhero opus, X2: X-Men United, arguably the best film in the franchise to date. Dougherty went on to write again for Singer in the comic book film genre, with Superman Returns. The results this time were, debatable.

In any event, their partnership gave Mike the in he needed to expand on his Halloween-themed ideas expressed in that award-winning, hand-made cartoon. With a love for old-school, 80s’ horror and a comic book narrative structure reminiscent of Creepshow and Tales From The Crypt, the young writer/director went for as many wicked laughs and surprising scares as his blood-soaked debut could sustain, much like Sam Raimi and John Carpenter before him.

I bring up those two names specifically because of their resounding relevance. Trick ‘r Treat feels like the fun macabre films those guys were know for back in the 80s’. There’s a twisted sense of infectious glee here that you sadly won’t find anywhere within the sadistic, cynical, drab defeatism of horror today. Though there are a decent amount of geniune scares in this offering, the film cares more about evoking mischievous fun and eerie atmosphere than it does about shocking you or making you vomit (although, believe me when I tell you, there’s a character in the film who does enough of that to last all winter).

I won’t go into great detail in regards to the plot and characters, as much of that is half the fun in discovering for yourself. However, the cast here is quite impressive, both in star power and in quality of performance. It’s difficult to figure out why the film was never given a wide theatrical release on Halloween of 2007 (the initial release). A monkey’s head in a jar could tell you it would have easily made some serious bank, knocking the undeserved Saw franchise off it’s smug perch as King of Halloween.

For starters, you have Tahmoh Penikett (Smallville, Battlestar Galactica, Dollhouse) and Leslie Bibb (Popular, Midnight Meat Train, Iron Man) as an amorous, rule-breaking couple. Then there’s Dylan Baker (Spider-Man, Fido, Drive) in a devilish and memorable performance as a loving but twisted Father and school principal. The next segment features Britt McKillip (The Outer Limits, Sabrina’s Secret Life, Dead Like Me) as a manipulative prankster telling urban legends.

Followed by that, we’re treated to a nice twist on an old classic, involving Anna Paquin (The Piano, X-Men, True Blood), Lauren Lee Smith (Mutant X, The L Word, CSI) and Rochelle Aytes (Drive, Bones, The Forgotten). The last story centers around the local Scrooge of Halloween, played by a nearly unrecognizeable Brian Cox (Braveheart, The Ring, Deadwood). The entire film is connected by Sam, from Season’s Greetings, a fiendish little terror who makes sure the rules of Halloween are respected. He’s played by Quinn Lord (White Noise 2, Smallville, Virtuality) and you can actually see him in the previous segment, as a Peeping Tom. I believe Sam will go down as one of the new horror icons of this generation.

The cinematography from Glen MacPherson (Sliders, Doctor Who: The Movie, Rambo) is presented in a classic, widescreen aspect ratio of 2.35:1. With the Halloween-based color pallette of orange and black, the film calls up warm memories of early John Carpenter and Dean Cundey. There are plenty of firelight scenes, but no color bleeds to be found. Many of the other tones are lush and vibrant, but never overwhelming. There’s a nice, gritty graphic novel look to the picture (sometimes quite literally). Particularly of note is the striking, crushed red of Anna Paquin’s Halloween costume. Blacks are deep and effective, making for an overall sinister feel.

The 5.1 surround sound for the DVD is nothing spectacular, but it is still very good. Dialogue is clean and even. The sound effects are subtle and specific. It’s fun to kind of strain the ear to pick up everything, whether it’s crackling fire, ominous whispering or dripping blood. It’s a well-rounded mix. The score by Douglas Pipes (Moonstalker, Monster House, City Of Ember) is sometimes a bit bombastic for my taste, but can also be quite memorable and effective at times. The use of the “trick or treat”, nursery rhyme motif is especially nice. Still, I would have preferred less Danny Elfman, more John Carpenter. Your mileage may vary.

I’ve been told the Blu-ray release holds a wealth of quality special features. Unfortunately, you won’t find much here. Thankfully, the lone supplement this disc holds is rather solid. “Season’s Greetings”, is a brief, hand-drawn animated short from 1997. It introduces the earliest conception of the Sam character and is a fun watch. There’s also an informative audio commentary for the short film by Michael Dougherty.

The DVD box art is simple, straightforward and just plain great. Sack Boy Sam stands in all his spooky goodness, next to a burning jack-o-lantern. The orange glow from within the grinning pumpkin illuminates various characters from the film. Yes, it’s all very monochromatic. Nonetheless, it manages to stand out.

The interactive menus on the disc apply the exact same elements, with one minor change. Instead of standing, little Sam is now sitting, probably tired from a night of hacking and slashing. The eerie score calls to viewers in the background, daring you to make a selection. The glowing, neon-slash font is relatively easy to read. Since much of this text rests against a dark background, there’s nothing cluttering the space, making for easy navigation.

The horror anthology film is somewhat of a lost art. There’s a level of skill and care that goes into the pacing and structure of this kind of storytelling. You don’t want to front-load your film too much, or you’ll wind up running out of steam by the end. Additionally, a balance must be maintained in the second act, so it doesn’t feel like padding and all the various vignettes (usually three or four, with an added framing story) are each given equal screen time. There’s also something to be said for keeping a consistency in tone, so that all the stories feel more cohesive, like they belong together, rather than having one or more stories feeling like they were forced in from a completely different anthology set.

Michael Dougherty and his talented cast and crew have all crafted something special here. I’m pleased to say that not only is Trick ‘r Treat a deliciously satisfying homage to horror anthology of old, it is also a worthy installment in Halloween-themed fright fests. For a quality double feature this haunted holiday, I highly recommend John Carpenter’s slasher classic for dinner, and then easily munch on this macabre offering for dessert. Happy Halloween, folks!

Like what you read? Tell us about it! Cancel reply

This site uses Akismet to reduce spam. Learn how your comment data is processed. 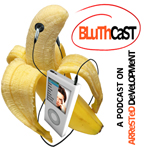 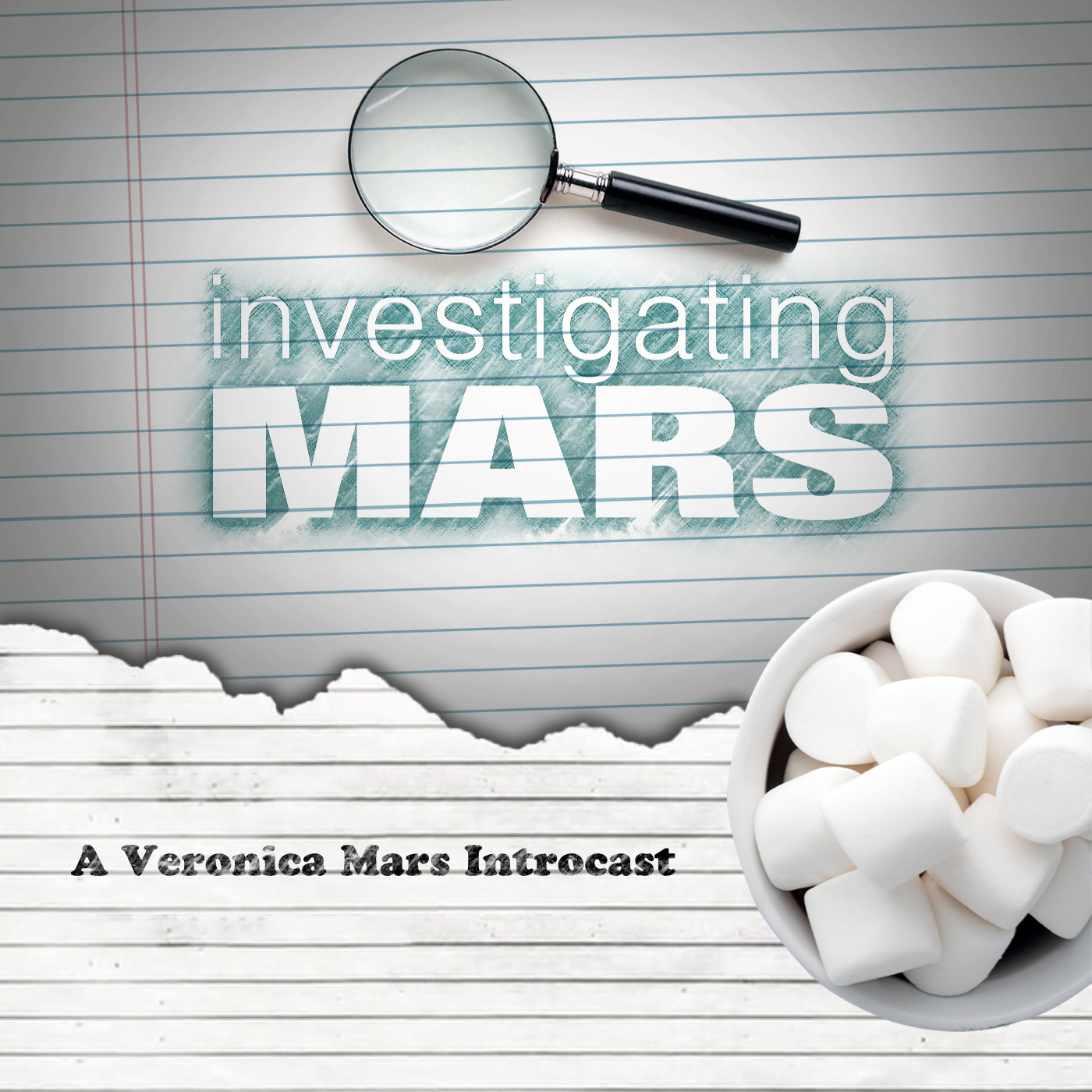